History of The UPA - UPA of NSW Ltd

History of
The UPA 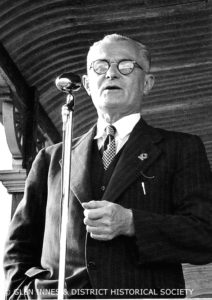 The United Protestant Association of New South Wales was founded during a turbulent period of Australia’s history.  Still a young nation, in 1938 Australia was recovering from the Great Depression and was suffering the aftershocks of the massive loss of life caused by World War I.  It was also a time when religious sectarianism between Protestants and Roman Catholics formed deep and bitter divisions in society.

It was within such a setting that Thomas Agst developed the notion of “practical Christianity”, providing functional assistance to those who needed it. Determined to help children in particular, he set up a large number of Sunday schools, even running one from his own home.

Confronting the need to care for destitute Protestant children, Thomas Agst was determined to do something about it. After receiving little help from his church, he undertook the challenge personally. With the help of his wife Rosetta, he took into his home seven children from three families who desperately needed help. The Agst’s raised these children along with their own two boys. A passionate Christian, Thomas Agst’s example inspired many people to provide family-based care.

The challenges only grew during the suffering and deprivation of World War II. In Thomas’ autobiography, his drive and determination to better the lives of others is plain to see:

‘Sometimes I can hardly believe what was accomplished in those early days of the Association when the whole country was in turmoil with the war effort. However, something simply had to be done to help the girls and boys left destitute through the war and other causes’.

As it turned out, many things were done. By the time Thomas Agst retired from the UPA in 1962, he had established 12 Sunday schools, 12 Protestant Alliance Lodges, 95 UPA branches, 12 District Councils, 13 children’s homes, 92 cottages and flats for the aged, two homes for aged people, three opportunity shops and a printery, as well as crucial assistance for the Queensland, Tasmania and Victoria Associations.

Today the UPA is made up of 10 Districts and one Branch that have a healthy degree of autonomy, yet they are all bound together under the one mission and company structure. A foundational principle used from the beginning was that the money raised locally would stay in the town. Local governance, management and administration are a core strength of the UPA’s work.

Fortunately, society has moved on from sectarianism. The UPA now draws on its Protestant heritage for sound Christian values, which guides its work. Throughout the UPA, whether as a volunteer, staff member, resident or client, people from all walks of life and all religions are welcome and valued.

“It has not been an easy task, there have been plenty of knocks with few bouquets” (Tom Agst, Protestant World 1951) 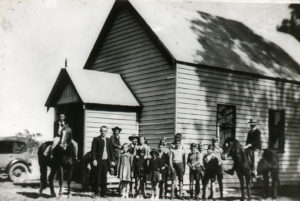 One of the 12 Sunday Schools established by Tom Agst, Founder of the UPA of New South Wales.